A narrative playbook is a story-focused tool that documents a process so others can learn and apply the model to their own ideas. In this case, Overflow wrote a narrative playbook for a movement called #ZeroReasonsWhy, a storytelling and community mobilization effort to prevent teen suicide and remove the stigma of mental health.

The campaign began in 2018 after the six superintendents of Johnson County, Kansas, school districts engaged Overflow to help build an initiative around teen suicide prevention. The initial ask for a PSA campaign or similar work evolved into a years-long, ongoing storytelling and community mobilization campaign rooted in Johnson County and expanding to other areas. 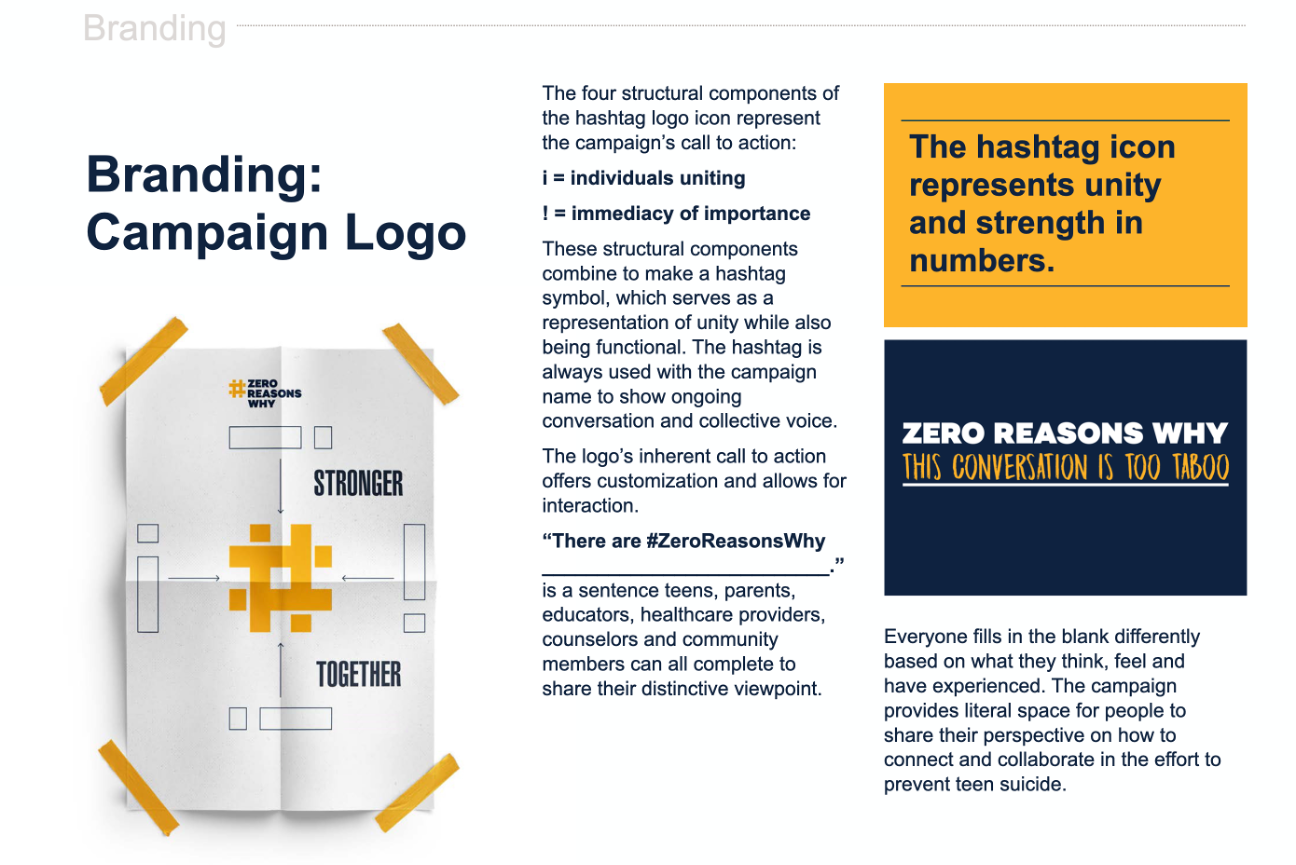 The evolution of the campaign work and its structure is quite unique — keeping teen voice at the center and encouraging peer-to-peer conversations across all stakeholder groups. The primary function is storytelling, highlighting stories of teens, parents, educators, mental health professionals and community members to provide an impactful collective voice that breaks down the barriers to mental health topics and encourages social change. The campaign has three pillars: remove the stigma, commit to education and build community support. 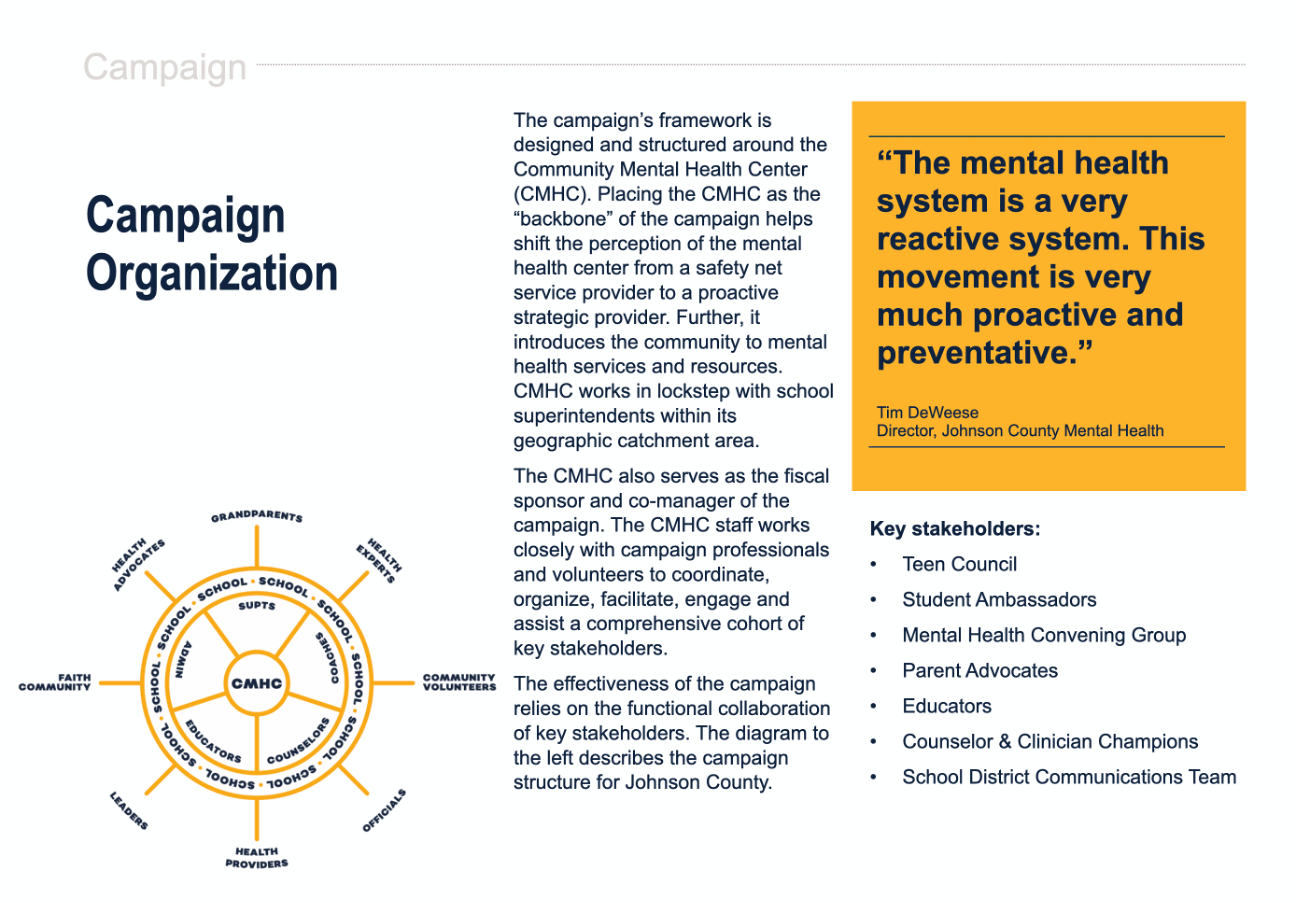 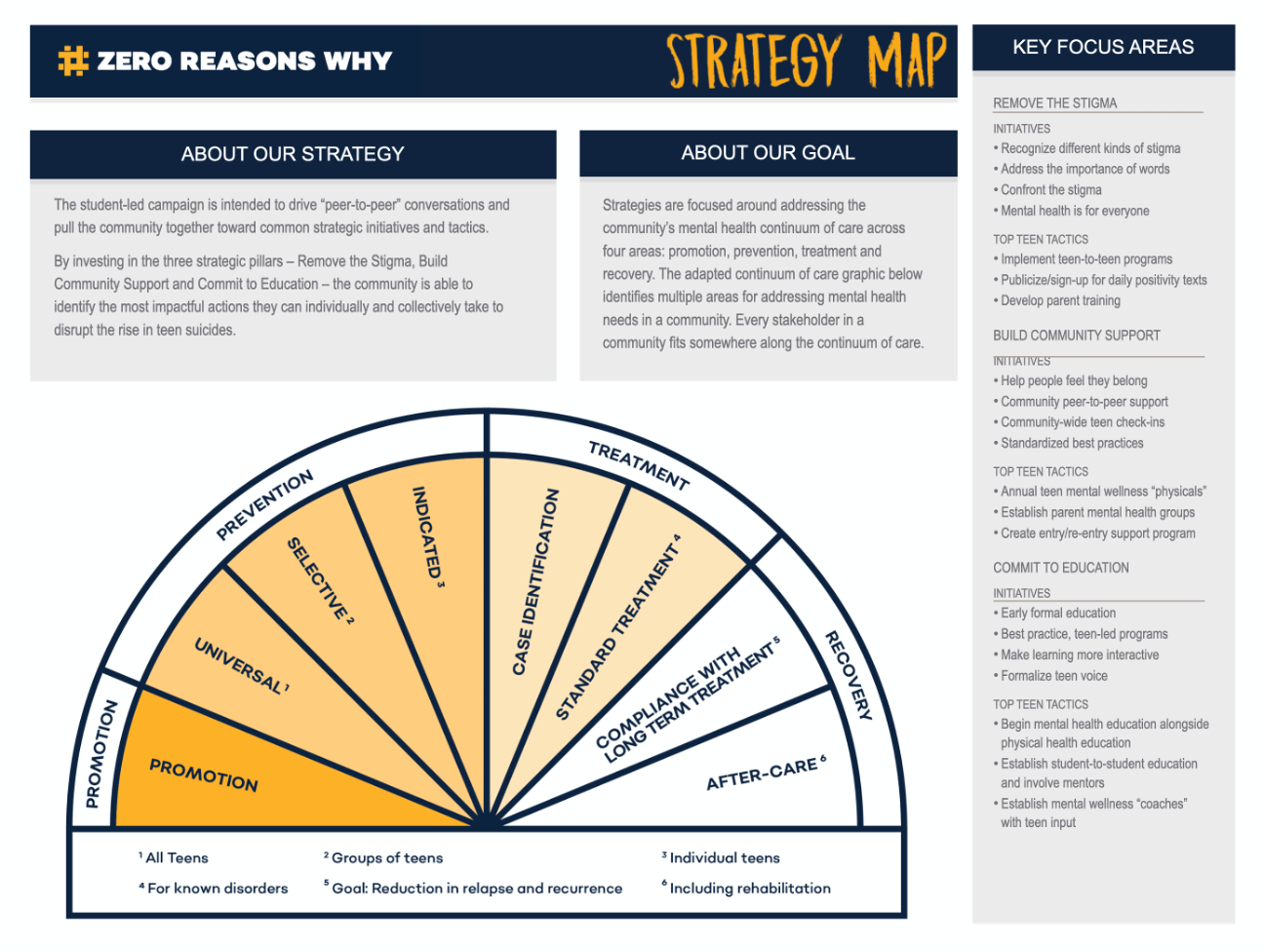 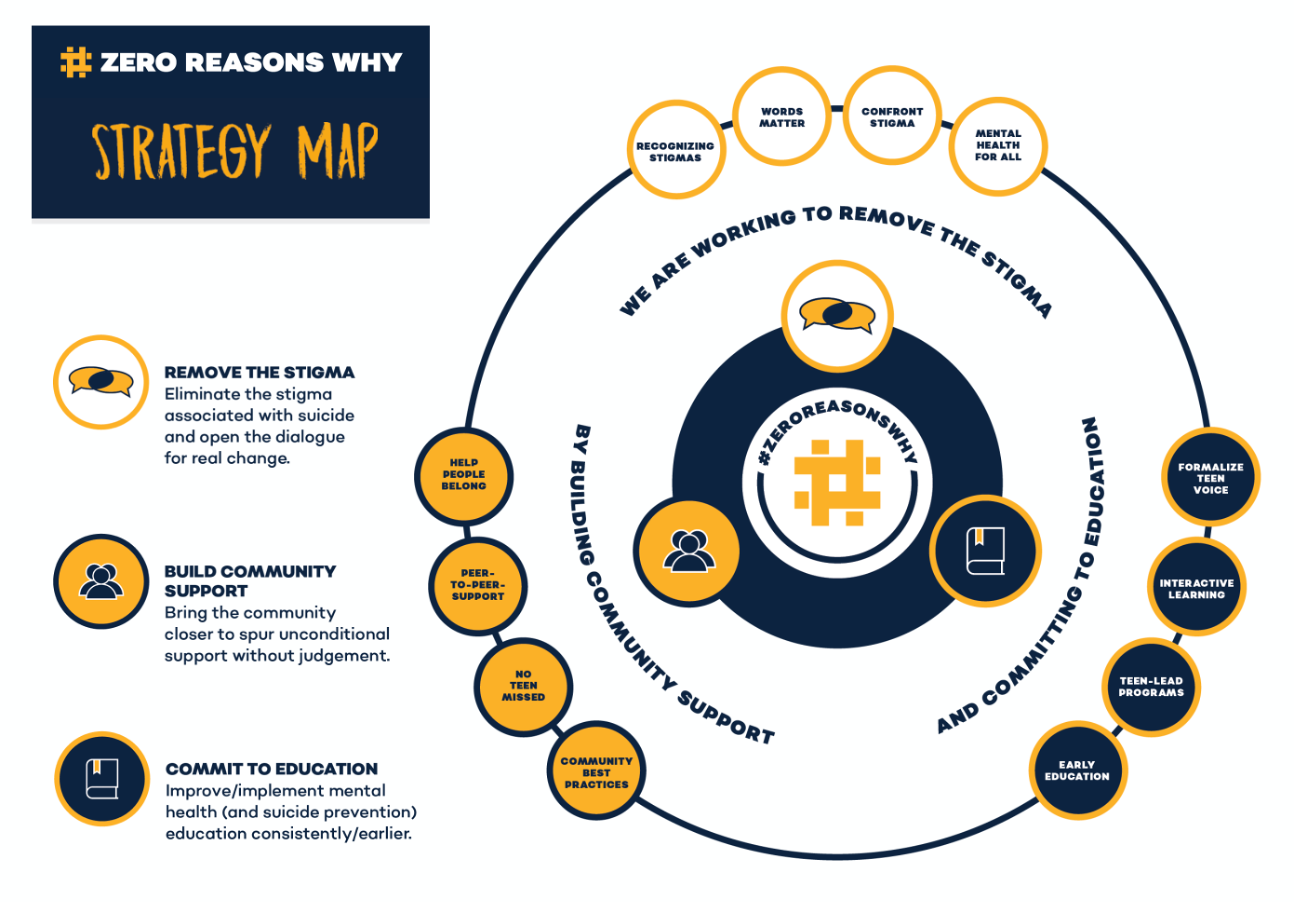 Overflow designed and manages the ongoing campaign, implementing strategies and tactics through a very inclusive web of partner organizations, all led by a Teen Council and Student Ambassadors whose voices are elevated throughout everything we do.

Throughout the campaign process, Overflow documented the approach and efforts to help create a model that could be implemented easily and replicated to address the pressing need to address mental health in the teen population. What resulted is the #ZeroReasonsWhy Narrative Playbook, a 100+ page free resource documenting the campaign structure, history, key functions and instructive materials for how to implement the campaign.

At the center of the Narrative Playbook, just like the campaign itself, is story. Why? Because sharing personal stories creates empathy and encourages connection — and in this case, also reduces the stigma of mental health, helps people feel like they’re not alone and encourages conversation about a historically taboo topic. 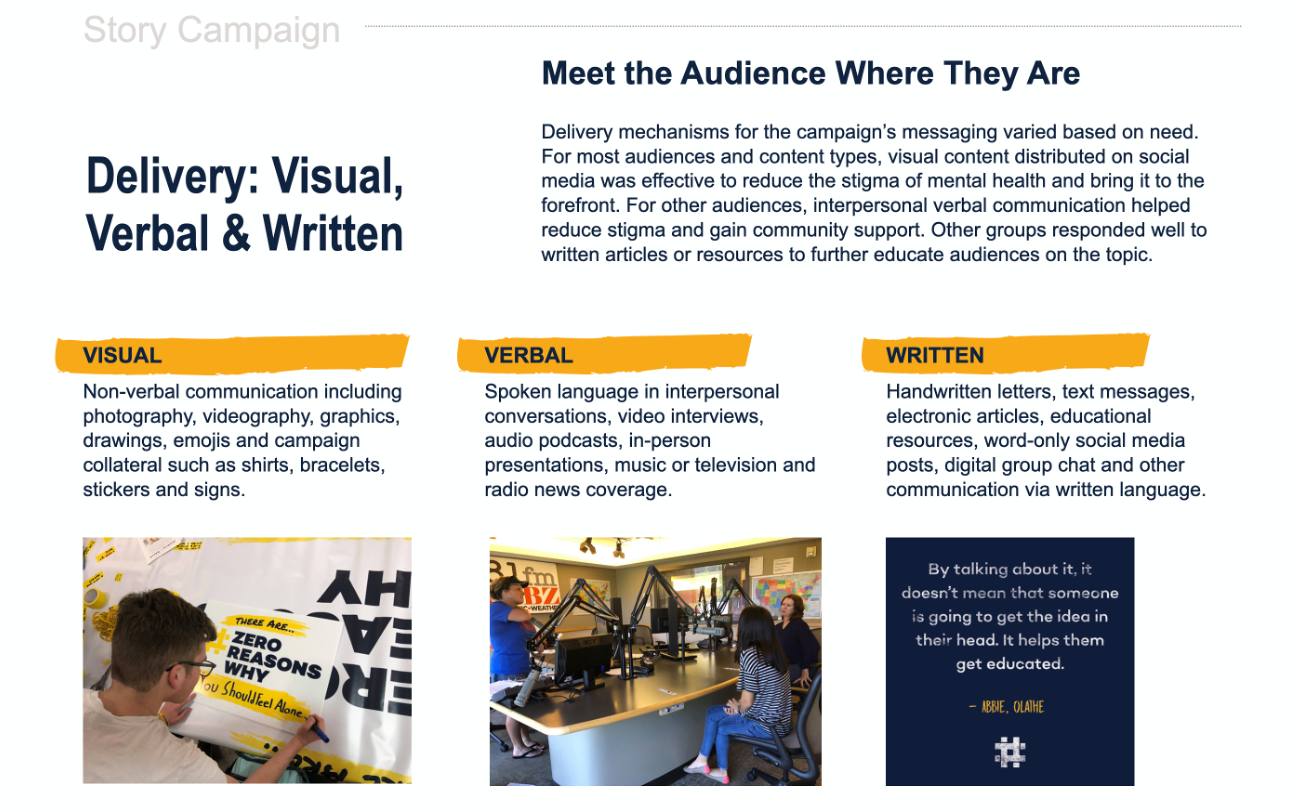 With the production and availability of the Narrative Playbook, other communities can learn how to tell their own stories, deploy their own resources and mobilize their people to proactively address the mental health needs of their teen population. When we say we want to help get ideas adopted, this is what it looks like — empowering others to help grow and evolve and idea in their own way to have the most impact possible.